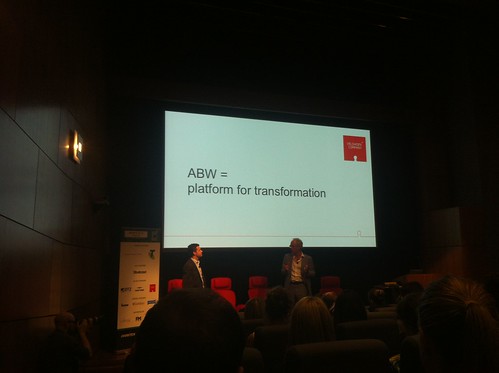 Its no surprise that a story about Activity Based Working (ABW) appeared in Fairfax newspaper's IT section - after all, ABW is underpinned by the right information technology.

In this instance, the Australian federal Department of Human Services (DHS) will trial ABW with 110 staff in a Canberra office. A range of supporting technologies will be deployed that include a practical mix of wireless networking, follow-me printing and voice-over internet protocol (VoIP).

"The British government's chief technology officer, Liam Maxwell, told IT Pro the flexible working strategy would be underpinned by mobile and collaboration technologies, with cloud services critical to its success."

However, while ABW and flexible working are related and could conceivably be implemented in tandem, they are in fact very different strategies. Both strategies require significant cultural change, but ABW has the potential to change organisational architecture through changes to the physical architecture. Or as one person comments:

"Changing the furniture is an improvement. Real change would mean altering bureaucracy to semi-autonomous teams."

Its worth bearing in mind that Veldhoen+Company actually define it as a "Platform for Transformation".

This clearly represents a challenge for government organisations and other similarly conservative institutions, particularly if they want to avoid creating cynicism about their motivation for ABW as simply a cost saving measure. In this respect I think there is also a strong argument for supporting ABW with social computing technologies that go beyond the 'hygiene' requirements of wireless computing. If ABW really is a platform for transformation, then we should also integrate the use of transformational information technology at the same time.